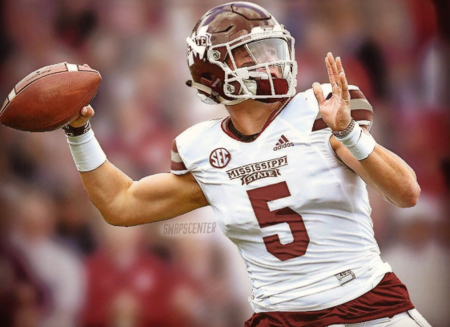 The New Orleans Saints traded back into the seventh round of the 2020 NFL draft on Saturday, April 25 to select Mississippi State quarterback Tommy Stevens with the 240th pick.

Stevens, 6 feet 5, 235 pounds, is a native of Indianapolis who started his collegiate career at Penn State and was a graduate transfer to Mississippi State. In his lone season with the Bulldogs Stevens threw for 1,155 yards and 11 touchdowns and rushed for 381 yards and four scores. At Penn State, Stevens threw for 304 yards on 24‐for‐41 passing with four touchdowns, rushed for 506 yards and eight touchdowns and caught 14 passes for 62 yards and two touchdowns in 23 career games played. He left Penn State ranked No. 8 on the school's career quarterback rushing yardage list with 506 yards and tied for eighth in career rushing touchdowns by a quarterback with eight. He was a high school standout at Decatur Central in Indiana. ...