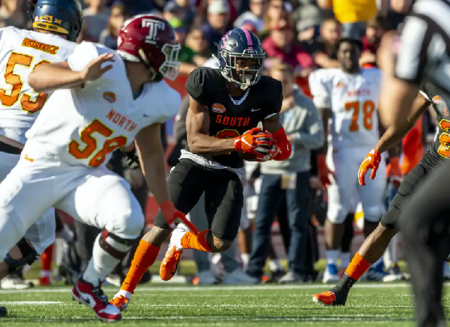 New Orleans Saints CBs Marshon Lattimore and Janoris Jenkins are among the top starting duos at the position in the National Football League. There’s a question about the quality of depth behind the two, however. The Saints re-signed inconsistent nickel back P.J. Williams and special teams standout Justin Hardee, but lost former starter Eli Apple in free agency. New Orleans added defensive backfield depth with XFL star Deatrick Nichols, but he is unproven at the NFL level. With the multiple receiver sets that are often used in the NFL, a cornerback would seem to be a position of need for the Saints as they head towards the NFL draft at the end of the month.

There are several talented cornerbacks that will be selected in the draft’s first two days, and New Orleans has picks in the first and third rounds. The Saints have had success over the years finding talented players at smaller colleges. Today’s draft profile looks at one such a player, Kindle Vildor, CB from Georgia Southern University.