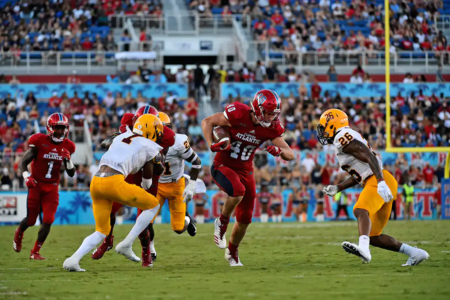 The New Orleans Saints passed on several talented tight ends in the 2019 draft, surprising many observers who felt that they would grab one from what was considered a deep class. The Saints would sign free agent Jared Cook, who brought production and athleticism to the tight end spot that the team had been lacking since trading Jimmy Graham after the 2014 season.

Cook caught 43 passes for 705 yards and a team-high 9 touchdowns last season. While still one of the league’s most productive tight ends after eleven NFL seasons, Cook is 33 years old and will be a free agent at year’s end. Backup Josh Hill is a terrific blocker but offers little as a receiving threat. There isn’t a tight end available in this year’s draft that has a first-round grade, but several talents who will be available in later rounds.