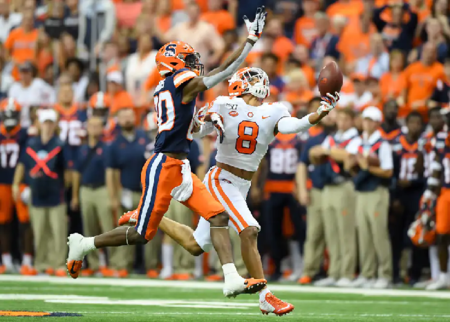 The New Orleans Saints will enter the 2020 season with one of the league’s best starting duos at cornerback. Marshon Lattimore and Janoris Jenkins form one of the NFL’s most formidable tandems against any receiving corps and will be one key to any defensive success this season. The depth behind Jenkins and Lattimore is a question though. Second-year defensive back Chauncey Gardner-Johnson was outstanding in the slot during his rookie campaign but could play more safety this season. The team re-signed P.J. Williams and restructured the contract of Patrick Robinson this offseason, but both players are often heavily targeted by opponents with success when they’re on the field. They also signed Deatrick Nichols out of XFL’s Houston Roughnecks in hopes he adds some ball-hawking ability to the position.

Today’s NFL is predicated on multi-receiver sets and multiple defensive backs being used to stop it, so New Orleans should address the lack of depth at this spot in the upcoming draft. The Saints own the 24th overall pick of the 1st round, along with selections in the 3rd, 4th, 5th, and 6th rounds. Some mock drafts have New Orleans grabbing a defensive player with their first-round choice, and there are several talented defensive backs who will be available. Today’s draft profile looks at one such player who has excelled at a college football powerhouse.