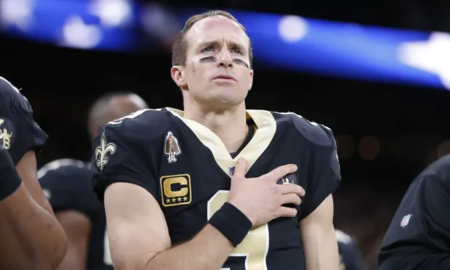 New Orleans Saints quarterback Drew Brees says he will continue to stand for the American flag but respects and supports any form of peaceful demonstration – including kneeling during the national anthem – by those protesting social injustice and systemic racism.

“I’ll always stand for the flag because of what it means to me and to honor all those who have sacrificed, who have served and died for our country, and all those who have struggled to move this country forward,” Brees said Saturday in a conference call with media to discuss the onset of training camp.

“I acknowledge and respect anyone who chooses to kneel or any other form of peaceful protest to bring attention to social injustice and system racism that so many have endured and continue to endure in our country,” Brees continued, adding that he “always will support and advocate for black and brown communities in the fight for social justice”. ...

Yesterday at 9:42 PM
Dan in Lafayette

Yesterday at 9:14 PM
Dan in Lafayette

Yesterday at 9:03 PM
Dan in Lafayette

Wednesday at 7:28 PM
Dan in Lafayette