Saints DT Rankins: Fans expect us to “beat the **** out of everybody” (1 Viewer) 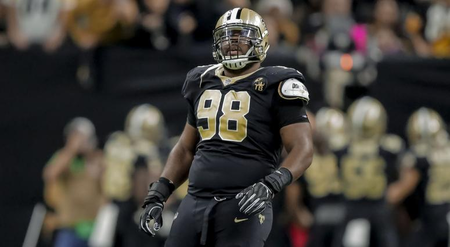 Many New Orleans Saints players have quietly voiced their frustrations about unrealistic fan and media expectations surrounding the team this season. The Saints were on a record-setting offensive pace the first half of the season, and five consecutive double-digit wins spanning late October through Thanksgiving had many expecting those kind of blowouts every week.

Relative struggles by the team late in the season has tempered those expectations a bit, but there are still many members of Who Dat Nation who believe the Saints will put a beat down on the Eagles this week similar to the 48-7 one the laid on Philadelphia earlier this season.

Sheldon Rankins, the team’s outspoken defensive tackle, was blunt in his assessment that fans need a bit of a reality check.

“It’s a little different in the sense that everyone is truly expecting us to go out and beat the sh%# out of everybody and go win a Super Bowl, where as last year, our last playoff game, people were kind of a toss-up about it whether it was us or Minnesota.” ...