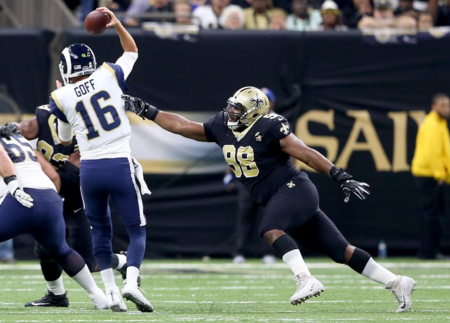 The timeline for New Orleans Saints veteran defensive tackle Sheldon Rankins to return to the field is slowly starting to take shape, as coach Sean Payton said Saturday he thinks a potential return for Rankins by the end of training camp "is a little early."

To that end, Payton said Rankins is ahead of schedule with his Achilles tendon rehab.

"If I had a game I could give you, I’d give you that game," Payton said. "Hopefully it’s earlier than later. But meanwhile, you’re counting on everyone else to step up, including the inside players.” ...