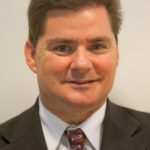 After two days of good work against a very good AFC team, the Saints capped off a productive week with the Chargers Sunday in Carson, Calif.

While the game was not necessarily a reflection of that is to come in the 2019 regular season, these are two good teams whose players and coaches respect each other.

That starts with head coaches Sean Payton and Anthony Lynn, who worked together under Bill Parcells in Dallas previously. The respect that the fine coaches have for each other is evident in how the teams get work in without the usual skirmishes such exercises between teams typically produce.

As we always caution, do not put too much emphasis or pay too much attention to preseason games. They can be false, sometimes very false predictors.

A year ago, Taysom Hill turned the ball over four times in a preseason game, all in one half. It was a disaster zone. Everyone in the Mercedes-Benz Superdome left that evening feeling he could never be an NFL quarterback, much less a real contender to eventually take over for Drew Brees in New Orleans.