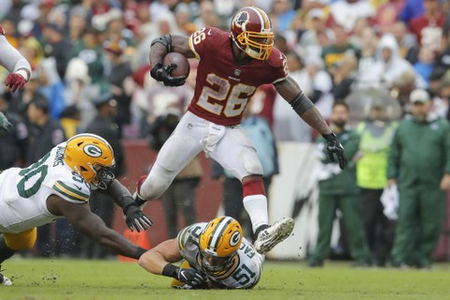 Line played for the Minnesota Vikings for the first four seasons of his career, 2013-16, so he spent several games blocking for Peterson. Then, in August 2017, Line joined the Saints and became teammates with Peterson in a new city.

On Monday night, though, Line and the Saints will face Peterson and Washington, and the fullback expects the future Hall of Fame running back to come into the game with an edge.

"He's obviously one of those guys that you're always leery of because at any given time he can get loose," Line said Thursday. "He's just a fierce competitor and he always kind of has, I feel like, a vendetta whenever he's playing (in a marquee game)." ...