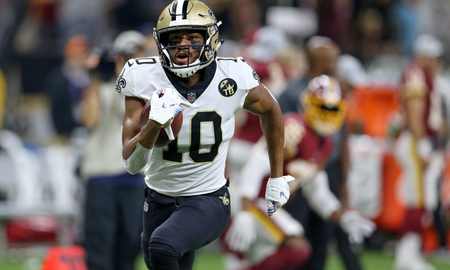 The New Orleans Saints haven’t been playing like a team with some missing pieces, but they’ve still got help on the way. Injuries and recent free agent signings are working towards taking the field. They saw the return of rookie defensive end Marcus Davenport and wide receiver Tommylee Lewis against the Atlanta Falcons, but they were just the start. Let’s break it down:

A pulled pectoral muscle took Armstead out of a road win over the Cincinnati Bengals two weeks ago, and he hast’t practiced since. But it wasn’t a season-ending injury and reports suggested he could return as soon as the upcoming Dallas Cowboys game, if his treatment goes well. But Armstead was regarded as maybe the NFL’s best left tackle before he hurt himself finishing a block, and he should return to that form once he’s back in the lineup. Backup and former starter Jermon Bushrod has done well holding down that spot in Armstead’s absence.

Smith broke out in a big way for the Saints just in time to hit the sideline with a toe injury. There’s reason to believe that it’s minor enough to not keep him out of action for long, and he did practice on a limited basis in the final session before the Atlanta game. But as we just saw with Davenport’s toe injury, these things can linger. The good news is the Saints have so many faces at wideout – not just the other names on this list, but Keith Kirkwood, Austin Carr, Tommylee Lewis, and, you know, Michael Thomas – that Smith can take his time recovering and getting ready. ...