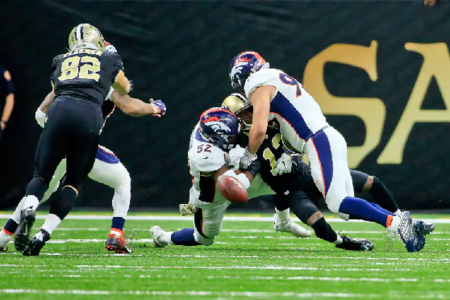 New Orleans has three consecutive road games during the 2020 season, a challenge that no other NFL team will face. The first of those road trips take place in Week 12 when the Saints travel to the Mile High City to face the Denver Broncos. This game will be just the 12th meeting between New Orleans and Denver, with the Broncos holding a 9-2 series advantage. Including a 5-1 record against New Orleans in Denver when the Saints only victory was a 30-28 win on 12/24/94, a game where New Orleans QB Jim Everett threw for 343 yards and 3 touchdowns.

The Saints have lost their last five games against the Broncos since that day, including a 34-14 defeat the last time they played in Denver on 10/28/12 and a controversial 25-23 loss the last time the two played in New Orleans on 11/13/16.

Expectations are high for Denver as they enter the 2020 season. The Broncos have not made the playoffs since a victory in Super Bowl 50 and have stumbled through three straight losing seasons. Denver won four of their last five games to finish 2019; however, GM John Elway appears to have finally found a capable quarterback to lead his squad after several flops at the position since Peyton Manning retired the Super Bowl win. The team spent its offseason surrounding second-year QB Drew Lock with additional weapons and hope that they still have enough pieces left on a once elite defense to make a move up in the AFC West standings. Here is a closer look at the Saints Week Twelve opponent.