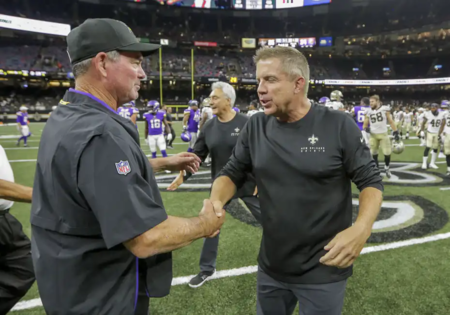 The New Orleans Saints hope to give their fans a 2020 Christmas gift when they host a longtime postseason nemesis on Christmas Day in Week 16 of the NFL season, the Minnesota Vikings. It will be the 36th meeting between the Saints and Vikings all-time, which includes five playoff showdowns, with Minnesota holding a 23-12 advantage in the series, including a 4-1 record against the Saints in the postseason. The Vikings also have a 9-8 record against the Saints in New Orleans, site of this holiday clash, where the Saints have just a 1-2 record in the playoffs against their conference rivals. Minnesota has snuffed out the Saints chances for a second Super Bowl championship in two of the last three seasons in the final seconds of regulation or overtime.

The Vikings defeated the Saints on January 14, 2018, during a divisional-round matchup in Minnesota 29-24 when WR Stefon Diggs took advantage of a blown coverage and missed tackle to score a game-winning 61-Yd touchdown reception on the game's final play. Last season, Minnesota marched into New Orleans and upset the heavily favored Saints in the 1st round of the playoffs, 26-20 in overtime. Head coach Sean Payton and QB Drew Brees are 5-4 against Minnesota, 3-2 at home, since their arrival to New Orleans in 2006, including a 31-28 dramatic home victory in overtime of the 2010 NFC Championship Game that sent the Saints to their only Super Bowl.