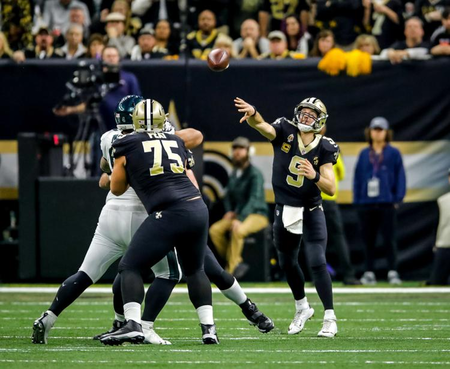 The New Orleans Saints like to think they get everyone's best effort.

They spend every week watching an opponent do one thing, only to end up seeing something completely different on Sunday. The only thing that surprises the Saints is when there are no surprises.

“We always think teams do things we’ve never seen before when they come see us,” tight end Benjamin Watson said. “We know they want to take people out of the game, but we’ll get a team, and they play man and all of the sudden they’re playing zone.”

That’s part of football — especially when Sean Payton designs the offense and quarterback Drew Brees is at the controls. Being static against these guys means having your defense unraveled one thread at a time. That might happen anyway, but you shouldn’t make it easy for the Saints.

Having this experience of continually adjusting and adapting is invaluable during the playoffs. This is the time of year when every team tries to bring its best shot, introducing new wrinkles designed specifically for that week’s game. ...