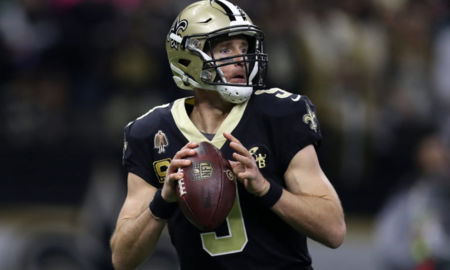 Eventually, the New Orleans Saints will no longer be led by Drew Brees. Though he’s 41 years old and his arm strength is declining, the future Hall of Famer can still sling the football better than most quarterbacks.

Brees missed five games last season due to a thumb injury. He quickly recovered from the injury and helped lead the Saints to a 13-3 record for the second-straight team. In just 11 games, Brees threw for 2,979 yards and 27 touchdowns.

Many people around the league believe this season will be the last one of Brees’ illustrious career. After all, he did consider entering retirement this offseason.

If this is truly the last year for Brees, it appears he wants to go out with a bang. On Tuesday, footage emerged of Brees’ recent workout session. The video shows him making accurate throws downfield with a decent amount of power behind those throws.