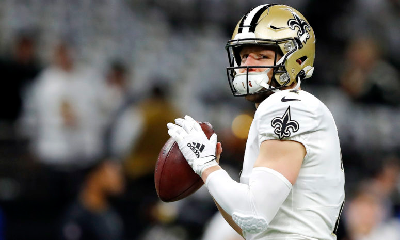 By Alek Arend | The Spun

It’s hard to not be a Taysom Hill fan. The Saints’ gadget weapon has one of the best stories in sports over the past few years.

Hill’s collegiate career at BYU was riddled with injuries, but that never detoured him from his goals. He was told he’d never be a quarterback in the NFL because of his playing style. Hill used that criticism to his advantage.

The Saints player is simply best defined as a football player. He’ll line up at receiver, running back, tight end, quarterback and even participate on special teams. It doesn’t matter to him. All Hill cares about is winning football games.

He’ll have a chance to help the Saints win a football game on Sunday. Many expect Hill to earn the start at quarterback tomorrow. Either way, the Saints player is just grateful for any and all opportunities.