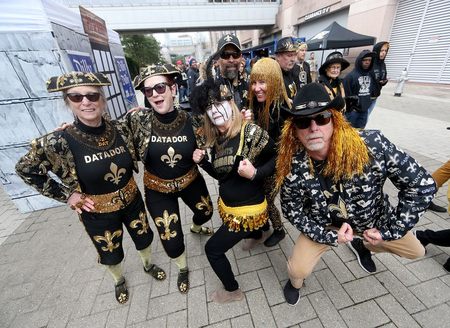 By Jennifer Larino, NOLA.com | The Times-Picayune

New Orleans hotels are preparing for a blockbuster weekend as the New Orleans Saints get ready to face off against the Los Angeles Rams for the NFC Championship on Sunday. And it’s mostly Saints fans — not Rams supporters — driving the bookings, according to those in the industry.

As of Wednesday, hotel rooms in the downtown area are forecast to be 96 percent booked for the Saturday (Jan. 19) before the big game, according to data provided by New Orleans & Company, the rebranded name for the city’s convention and visitors bureau. That compares to 94.4 percent on Jan 13, 2018, the day before the Saints faced the Minnesota Vikings in the 2017 divisional playoff.

Al Groos, general manager of The Royal Sonesta on Bourbon Street, said last weekend’s divisional playoff game against the Philadelphia Eagles was busy. This weekend could double, maybe even triple, that traffic. By Tuesday, the 483-room hotel was completely sold out for the weekend, he said. ...