Saints fans had a big, angry parade before the Super Bowl (1 Viewer) 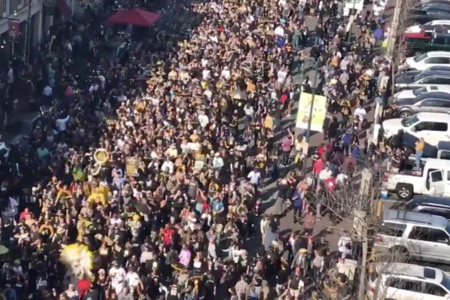 Two weeks ago, the New Orleans Saints had their Super Bowl 53 hopes dashed thanks to, in no small part, a horrible botched call from the officials. On Sunday, with the big game looming, fans in Louisiana banded together to let the world know two weeks wasn’t enough time to get over the uncalled pass interference penalty that allowed the Rams to escape the state with the conference championship in tow.

Thousands of Louisianans decked in black and gold took to the streets to express their displeasure with a league that rewarded the Rams’ “if you ain’t cheating, you ain’t trying” approach with a spot in Super Bowl 53. Parades and second line jazz funerals rang through the streets of New Orleans in a display intended to give disgruntled football fans “something better to do” than watch the team that broke their hearts play for an NFL title. ...