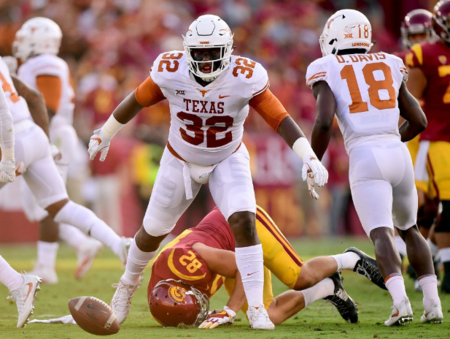 Typically, when a college football player is getting ready for the NFL draft they mention no franchise of preference as to where they’d like to land. Although he wasn’t selected in the 2020 draft, Malcolm Roach ended up right where he wanted to be when he signed a free-agent deal with the New Orleans Saints.

The former Texas defensive lineman and Baton Rouge, La. native bad no bones about wanting to go back home to play for his childhood favorite. Joining a squad where former defensive tackle Malcom Brown and wide receiver Lil'Jordan Humphrey are teammates, Roach was giddy at the opportunity to be able to return to the Mercedes-Benz Superdome in New Orleans where he attended games throughout his youth and helped Texas beat Georgia in the 2019 Sugar Bowl to cap a 10-win season in 2018.

“All my life I’ve dreamed about playing for the Saints,” Roach said. “The way the draft went, it didn’t work out in my favor, but I feel like God has a bigger plan for me. I’m thankful for everything that’s happened, and I’m ready to go out there and prove to people what I can do. I’m ready to go in and make an impact with the Saints and try my hardest to make the roster there.” ...

Friday at 6:52 PM
Dan in Lafayette