Saints film room: The role for Dez Bryant? Here's how, where he can still be an asset (1 Viewer) 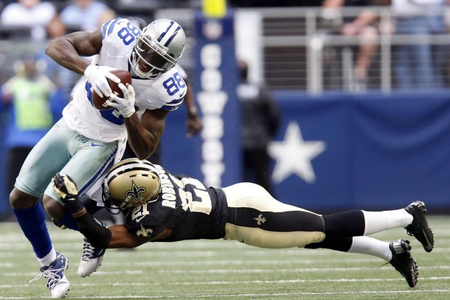 Michael Thomas is the best wide receiver Drew Brees has ever played with.

You want the ball in Thomas' hands. Often. He’s the surest shot at positive yardage, which is why for the first time in Brees’ career, the New Orleans offense has one guy eating up a disproportionate amount of targets.

Thomas earns every pass that comes his direction. You aren’t going to find examples of Brees forcing him the ball or looking off open receivers to go back to Thomas. At the same time, it’s fair to wonder if things would be this lopsided if the other receivers on this roster were forcing Brees' decisions by getting open.

The Saints are about to find out the answer to that question after signing Dez Bryant on Wednesday morning. The former Cowboys All-Pro wide receiver isn’t here to be the top option in the offense, that distinction is firmly in the hands of Thomas. Bryant is here to show that he can still play at a high level after being released by Dallas back in April. ...