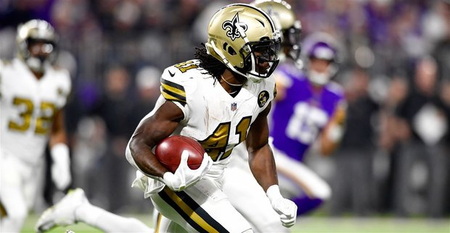 The New Orleans Saints’ first game was against the Los Angeles Rams.

On Sunday, the New Orleans Saints’ latest game will be played against the same team.

The National Football League’s Week 9 action will feature the two best teams in the NFC in action against each other on Sunday as the Saints put their six game win streak on the line against the Rams, the only undefeated team left in football at 8-0 on the year.

This Sunday’s match up will feature two of the most dominant teams in football.

New Orleans and Los Angeles have a combined 14-1 record and a combined .933 win percentage, the fourth highest win mark between two teams to meet in Week 9 or later of a season since the 1970 merger. In each of the three previous games to feature teams this good, the winner advanced to the Super Bowl that year.

When last these two teams met on the field, the Saints came into the Memorial Coliseum riding an eight game win streak, but the Rams ended it with a narrow victory last November. This time around, the Rams are on an eight game streak of their own, bringing an NFL best 8-0 record into the Superdome in addition to a No. 1 spot in the NFC rankings.

Here is the injury report for both teams this week.