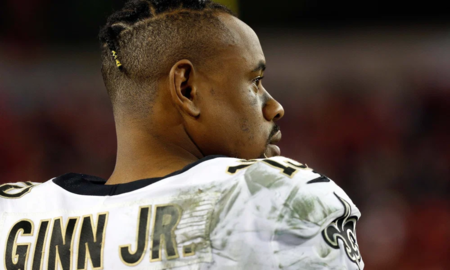 One former New Orleans Saints player has found a new home in free agency: NFL Network’s Ian Rapoport reported Thursday that Ted Ginn Jr. agreed to terms with the Chicago Bears on a one-year deal. Ginn caught two of five targets in last year’s game against the Bears, gaining 48 yards through the air.

Because this agreement comes days after the NFL’s April 27 cutoff for veteran free agents to qualify for 2021 compensatory draft picks, the Saints will receive no compensation after Ginn’s departure.

Ginn peaked in his first year with the Saints back in 2017, posting personal bests in catch rate (75.7%), receiving yards per game (52.5), and yards per target (11.2). But shaky hands and a lower frequency of targets deep downfield — Ginn’s specialty — resulted in declining performance in each of the subsequent years. ...