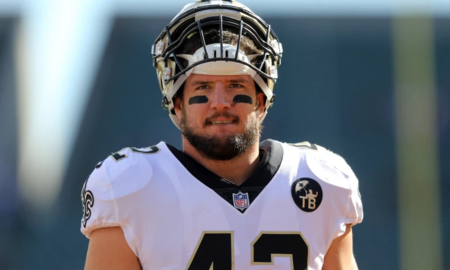 The New Orleans Saints need to find a new fullback in 2020. Veteran fullback Zach Line, 29, announced his retirement from the NFL in a post from his official Instagram account Wednesday afternoon. His contract was set to expire in March, but he’s choosing to step away from the game on his own terms.

In his post, Line thanked the Saints for the opportunity to play with them as well as the Minnesota Vikings, who gave him his first shot at playing professionally. He retires having played 80 games in the NFL (including the playoffs; 36 with the Vikings and 44 with the Saints) during his seven-year career. He was the rare fullback who could contribute not just as a lead-blocker but as a runner himself, as well as in the receiving game in a pinch. He scored seven touchdowns in the NFL, all but one of them for New Orleans.