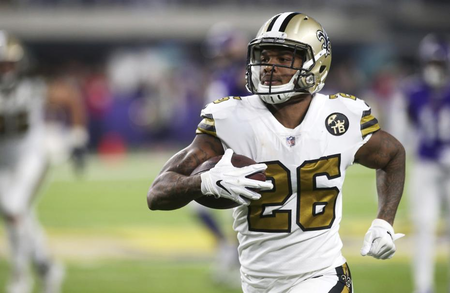 So where were you when Case Keenum connected with Stefon Diggs on a shocking 61-yard touchdown pass on the game’s final play to beat the New Orleans Saints 29-24 in the NFC Divisional playoffs on Jan. 14, 2018?

They quickly called the play that broke Black-and-Gold hearts everywhere, “The Minneapolis Miracle.”

It’s seemingly on every NFL highlight film you see, it’s on commercials and it remains the climactic scene of nightmares endured by Saints diehards across the region since last season’s abrupt ending.

Fortunately, or perhaps unfortunately, the NFL schedule unleashes a sense of humor on occasion.

The Saints won’t have to wait very long to attempt a measure of revenge on the Purple People Eaters.

At 7:20 p.m. Sunday night on NBC, the Saints will return to the scene of the dreaded play Who Dat fans would love to forget when NFC South-leading New Orleans (5-1) challenges the NFC North-leading Vikings (4-2-1) on national TV.

As squarely focused on redemption as Saints fans likely have been since the pain of Diggs’ touchdown celebration finally allowed them to speak again, a lot has actually changed in these past 10 months. ...