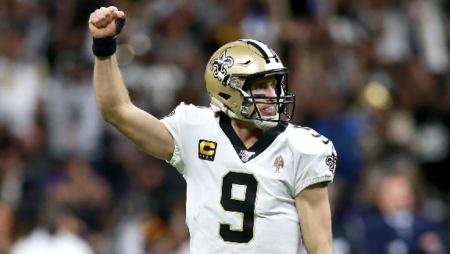 While so many quarterbacks have found new homes in the NFL this year, Drew Brees will remain in New Orleans. He's been a cornerstone of the Saints' organization for 14 years, and information surrounding his latest contract negotiations proves why.

According to Saints GM Mickey Loomis, Brees took a pay cut so the team could use money elsewhere to improve the roster.

Loomis says Brees' top priority throughout the talks was to ensure that the team would have enough room to address other areas of need. His new contract is a two-year deal for around $50 million. That's a price that places him outside the list of the top-10 highest-paid quarterbacks despite his status as among the best in the league.