Saints have all hands on deck at practice Wednesday (1 Viewer) 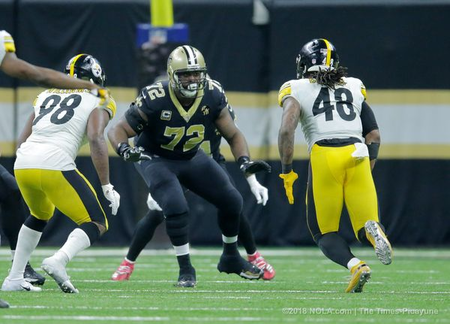 A week off appeared to be just what the doctor ordered for the New Orleans Saints.

Every player on the Saints roster was present during the portion of Wednesday’s (Jan. 9) practice that was open to the media. New Orleans will release an official injury report Wednesday afternoon, but this appears to be a large step in the right direction, specifically for the Saints' offensive line.

Four offensive linemen and two defensive linemen, all of whom have played significant roles on the team this season, sat out each of the Saints' two open practices last week. When the team returned to practice Wednesday, all were back in uniform with their teammates. ...