Saints have chance to turn September into Sacktember (1 Viewer) 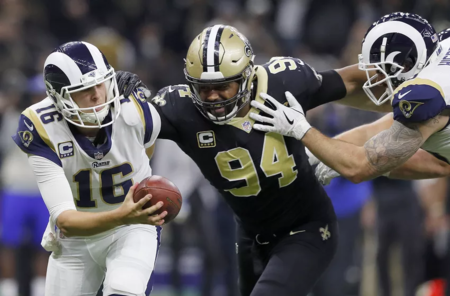 We’ve talked about how tough September looks for the Saints based on their opponents’ 2018 win, loss records. But there is a silver lining for the defense and now the calendar reads Sacktember.

When schedules first came out for the 2019 Season, September looked like a gauntlet of doom for the Saints. The easiest game on the September slate looks to be the season opener on Monday Night Football in the Superdome against the AFC South-winning Houston Texans (11-5).

It just gets harder from there. Up next is a two-week stretch on the West Coast. First date is with the NFC Champion Los Angeles Rams (13-3) in an afternoon game in LA. The Saints won’t even bother coming home, spending the week in Seattle in preparation for Week 3’s contest with the Seattle Seahawks (10-6) who finished last year second in the NFC West.

The month wraps with a Sunday Night Football grudge match against the NFC East Champion Dallas Cowboys (10-6) in the Superdome. The good news is that the schedule gets considerably easier after that.