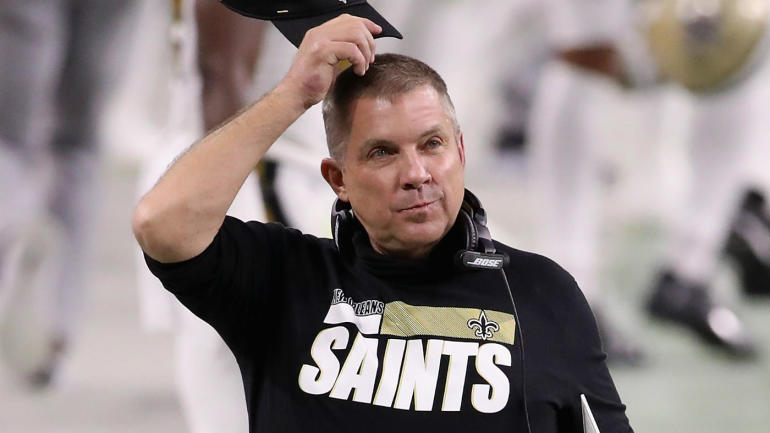 The New Orleans Saints are coming off of a tough season, as they went 9-8 and failed to win the NFC South for the first time since 2016. It was the first year without Drew Brees, and while the Saints went 5-2 with Jameis Winston as the new starter, he tore his ACL in Week 8. The Saints would go on to start three other quarterbacks throughout the year. The quarterback issue is still a question, but now, the franchise also has to reportedly worry if their head coach will come back.

On Sunday morning, NFL Media reported that Sean Payton has not committed to returning to coach for another season in New Orleans. He has been on vacation for more than a week, and has reportedly "gone dark" on several people who are close to him. It's thought maybe Payton would take a year off from coaching in 2022, but sources told NFL Media that if Payton did step away for a season, he would likely return to coach with a different team.

Payton has three years remaining on his contract, and he would reportedly be walking away from over $45 million if he wants to be done with the Saints. Current Saints defensive coordinator Dennis Allen is reportedly expected to be a top candidate to replace Payton. ...

My apologies if this isn’t warranted or should be merged, or retitled. But Rapoport sent a tweet saying Payton is not committed to ‘22 yet.

Underhill mildly suggested that Payton may just be burned out from the season and has gone away some place to chill away from public eye. He thinks this last season was extraordinarily stressful. Things wil become clearer during Senior Bowl week. This is all from a Podcast on the subscriber...