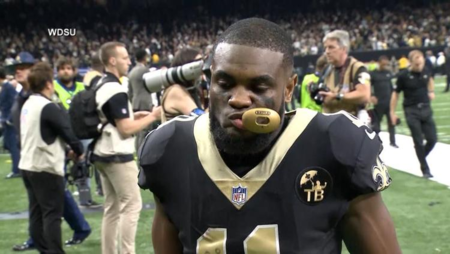 The 2018 New Orleans Saints season should be remembered for moments like Drew Brees breaking the NFL's all-time passing yards record.

But in all likelihood, something else will be the lasting impression.

The blown non-call for pass interference would have set the Saints up to kick a go-ahead field with little time remaining for the Rams to tie in the NFC Championship game, but the world knows the final result.

"It's a hard job for those guys because it's happening fast, but I don't know if there was ever more obvious pass interference call that, you know, here it is the NFC Championship game so it's a tough one to swallow," head coach Sean Payton said. "You know we'll probably never get over it, the truth is some of these loses like this, but one like that it's too bad."

Brees said, "After that listen, you're going to play ball just like you would throughout the season when something like that might happen where a call goes your way or it doesn't. You're on to the next play, right? You can't let it bother you so it had no bearing on overtime. At least not for me." ...