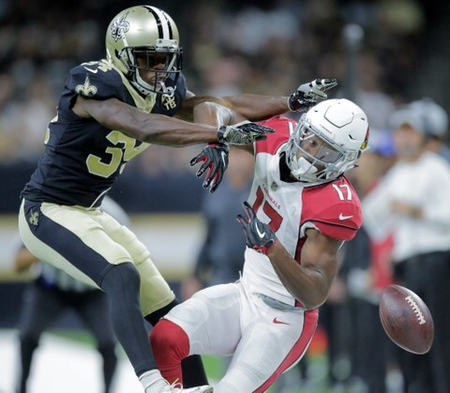 Justin Hardee carved out a role for himself on special teams with the New Orleans Saints last season.

The receiver-turned-defensive back made several tackles in kick coverage and even scored on a blocked punt he returned for a touchdown.

But he isn't relying on last year's success to earn a spot on the 53-man roster.

He spent the offseason trying to make himself more valuable to the Saints by honing his skills at his converted position.

"I don't know what's going to happen come cut day or anything like that. So I just want to put myself in the best position whether it's special teams or corner," Hardee said. ...