Saints last visit to Buffalo in 2001, a win that was quickly forgotten (1 Viewer)

Offline
I don't know if anybody brought this up yet. But the Saints last trip to Buffalo was week 1 in 2001 and Brooks passed for 3TD's and Williams put up almost 100 yards and Saints fans everywhere were happy and then 40 hours later our world changed forever and nobody really care about the win.

Sorry for bringing this up, but the game at Buffalo had me thinking of that week.

Offline
I remember that game; I didn't realize that was our last time in Buffalo. And yes, the importance of a week 1 win was quickly pushed to the backs of our minds, wasn't it...it's amazing how certain connections bring back that time. Let's pray for a quiet news week this time!

I remember the 1989 game, in the snow, and a Saints win against Jim Kelly's Bills with this guy:

Offline
Albert Connell had a sweet TD grab that game. 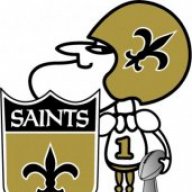 Offline
It's a vivid memory that I brought up on another thread. The Saints played terrible football in the first half, but Connell's catch at the end seemed to bring them to life. Many of us tailgated in the parking lot. Some Buffalo fans tried to electronically silence the Whodat chant and couldn't succeed.

Not many of us are left on the board from those days. Jdf and Pa Saint are still here...

Then came the disaster of the following Tuesday. There was a Saints' fan I took to the Buffalo Airport on my way home. He had an office right near the World Trade Center and sent me some pictures, which I think he posted here also. I met a young guy from Fort Drum (Curtis) for dinner at the Pembroke stop on the NYS Thruway. BTW, it was hot during that game, and I got one of the worst sunburns I've ever had.

We went from a great time, having some innocent fun talking good natured smack with the Buffalo fans, to the devastation of 9/11 in a very short time. When I tried to get news from the usual websites that Tuesday (CNN, New York Times, etc.), they all went down. I got the latest from, you guessed it, right here on Saints Report.

The experience of the game followed so quickly by 9/11 to me encapsulates the mood of the whole country. In a matter of hours, we went from an age of innocence to a culture of paranoia.

Offline
I think Ricky took a screen pass to the house and pummelled the tired Bill's D in the 4th qtr with some big runs. It was a quality win. 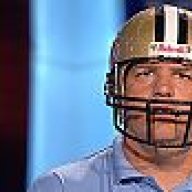 Offline
i was at that game and Ricky Williams and Kyle Turley pointed at us after the last capping TD. It was a hot day I became dehydrated and slept the entire trip back to Chicago. I was too weak to work on Monday and slept. The next day coming back to work i heard a plane hit the WTC, i had no idea how much worse the day would get.

TheIronSheik said:
I don't know if anybody brought this up yet. But the Saints last trip to Buffalo was week 1 in 2001 and Brooks passed for 3TD's and Williams put up almost 100 yards and Saints fans everywhere were happy and then 40 hours later our world changed forever and nobody really care about the win.

Sorry for bringing this up, but the game at Buffalo had me thinking of that week.
Click to expand...

I remember that game.

It stunk in a lot of ways.

it was also a foreshadowing of most of the issues that would plague the Haslett/Brooks Saints for 5 long seasons.

The team came out sluggish and out of synch. Penalties, mistakes, miscues. It was an ugly game for 3 quarters with the Bills hanging tight, and Brooks sleepwalking.

Late in the game the Saints broke it open.

Offline
I remember the game well, as I was there also. One thing not mentioned, that game was the down fall of Beerman, he seperated his shoulder on a kick off right in front of us. After he healed from that injury he huged the sidelines. [can't say as I blame him] 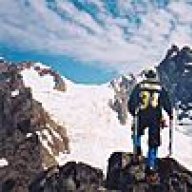 primadox said:
I remember the 1989 game, in the snow, and a Saints win against Jim Kelly's Bills with this guy:

I remember that game well. I was there. Got pelted with snowballs from Bills fans for standing up to cheer my team (not cheering against theirs). To this day, the worst experience I have had at an opponent's field. Even worse than the 2006 playoff game against the Bears.
Show hidden low quality content