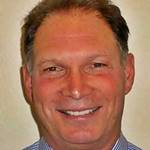 The New Orleans Saints at one time featured some of the better linebackers in the NFL over the history of the franchise.

Of course, the famed Dome Patrol from the late 1980s and early 1990s consisting of Canton inductee Rickey Jackson, Sam Mills, Vaughn Johnson and Pat Swilling have been proclaimed by many as the best group at their position in league history.

This year’s Saints linebacking corps is not quite to that level (who is?) but they are a solid bunch.

The position is currently manned by a mix of experiences and physically gifted players. Three of the top four tacklers in the group were brought in through free agency while one was a third-round draft pick by the team. They all seem to mesh as a cohesive group.

“We’ve got some experience at the position,” explained Saints linebackers coach Mike Nolan, who enters his 32nd campaign coaching in the NFL. “This is my third year here. We’ve added experience to the group.”