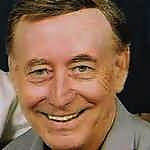 Wide receiver is a position to watch this pre-season when it comes to the New Orleans Saints. Quality receivers are battling for roster spots and playing time but most lack the speed defenses dread.

Star wide receiver Michael Thomas can make a case as the best in the NFL at his position, and the Saints now pay him like he is.

The second-round draft selection in 2016 was noted in my Draft Day Report as a prospect with great ball skills who was well-built, tough and dependable. We knew then that the Ohio State product can run well after the catch but lacks elite speed. Thomas went to the combine that year and ran a decent 4.57 time in the 40-yard dash. For a big receiver like Thomas, his speed is good enough but he maximizes his strengths to play at an All-Pro level.

It makes sense that the Saints would want some field-stretching speed to complement Thomas. The two prime candidates are on opposite ends of the spectrum when it comes to age and experience.