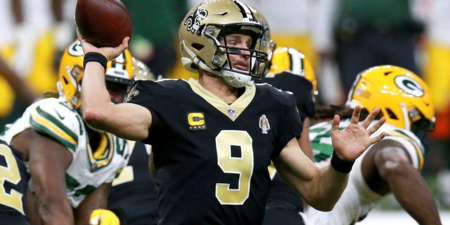 NEW ORLEANS, La. (WVUE) - The New Orleans Saints are now staring down a losing streak. Green Bay beat the Saints in front of a nationally-televised audience, 37-30.

The last time New Orleans lost back-to-back games, 2017. The Saints opened the 2017 season losing to the Vikings and Patriots.

Aaron Rodgers threw for 283 yards and three touchdowns in the contest.

Alvin Kamara produced the play of the game with a 52-yard catch and run for a touchdown. His absolutely spellbinding score tied things up, 27-27. ...