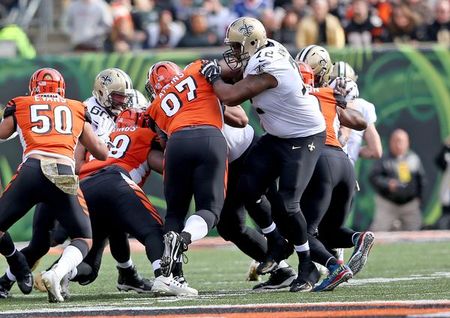 The New Orleans Saints will be without star left tackle Terron Armstead for the third consecutive game after officially declaring him out on Wednesday’s injury report.

Armstead injured his pectoral muscle in the second quarter of the Saints blowout win against the Cincinnati Bengals earlier this month, and has not practiced since. Veteran offensive lineman Jermon Bushrod has been a dependable fill in during Armstead’s absence.

The good news for the Saints is that every other player who appeared on this week’s injury report was a full participant in Wednesday's practice.

That includes wide receiver Tre’Quan Smith, who did not play against the Falcons last week after suffering a toe injury during his breakout performance against the Eagles. Smith was a limited participant both Monday and Tuesday. ...