Saints mailbag: Should fans cheer for the Rams or Bears on Sunday night? (1 Viewer) 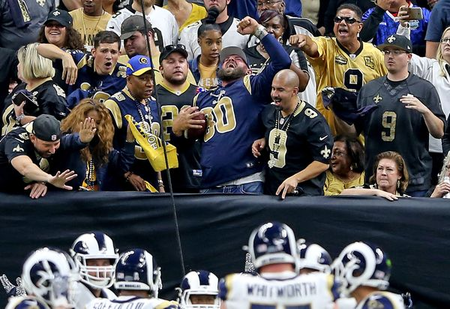 The New Orleans Saints have a chance to clinch the 2018 NFC South championship with a win on Sunday over the Tampa Bay Buccaneers.

For some reason, though, that game wasn’t top of mind for most fans who submitted questions for this week’s mailbag. Some focus on the future while others wonder about some of the decisions the Saints are making on offense.

Now, onto the questions.

Let’s consider the possibilities here. The Rams 11-1, and the Bears are 8-4. If the Saints (10-2) beat the Buccaneers, a Bears win over the Rams would boost the Saints back in the No. 1 seed with three games remaining — because the Saints beat the Rams back in Week 9 — while a Rams win would make it easier for the Saints to secure a top-two seed.

The No. 1 seed should be the top target for the Saints. Even though they’ve been equally good on the road as at home this year, everyone on the team would like to have home-field advantage throughout the playoffs. Fans shouldn’t settle for silver. Go for gold. ...