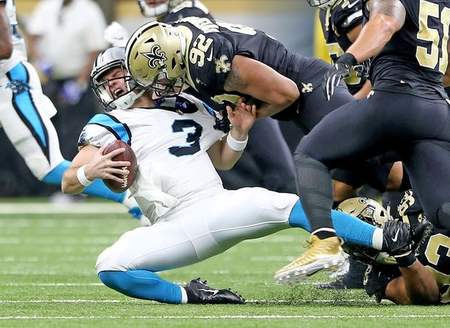 Two weeks after one fine for roughing against Cam Newton in Week 15, Davenport drew another fine of $20,054 for roughing in a game where backups Kyle Allen and Garrett Gilbert played.

Davenport did not draw a flag for roughing during the Saints' 33-14 defeat during the Week 17 finale. He finished the game with credit for one-half sack and three quarterback hits. ...