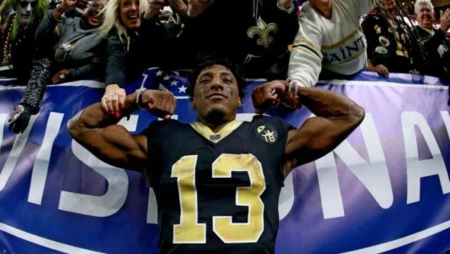 The Saints and Thomas have agreed to a five-year extension, according to multiple reports.

Thomas is heading into the fourth and final year of his rookie contract and was holding out for a big pay increase. There was little doubt that he deserves it, given that he has 321 catches for 3,787 yards and 23 touchdowns in just three NFL seasons. At age 26, the Saints think Thomas still has plenty of good years left in him, and they want him to spend those years in New Orleans. ...