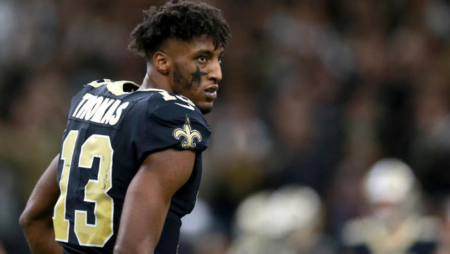 
To say it was a rough 2020 season for Michael Thomas is an understatement. The All-Pro wideout not only battled injuries that cost him 11 starts, but he was also the centerpiece of what was/is supposedly a disgruntled relationship with the New Orleans Saints, the latter seemingly boiling over when he allegedly punched C.J. Gardner-Johnson in practice and was subsequently punished for it by the team in Week 5. With his tumultuous fifth NFL season now behind him, following the loss to the Tampa Bay Buccaneers in the NFC Divisional Round, Thomas is not only free to reflect on it all -- but to also get his body back to 100 percent.

To that end, he'll likely reportedly undergo surgeries to repair a torn deltoid as well as other injured ligaments in his ankle -- per Adam Schefter of ESPN -- the dates of which are currently unknown.

It's also reported Thomas would often not practice at all during the week ahead of games as he dealt with the high ankle injury suffered early in the season, Saints coaches allegedly advising him the team was better with him at much less than 100 percent than not at all. In the end ...