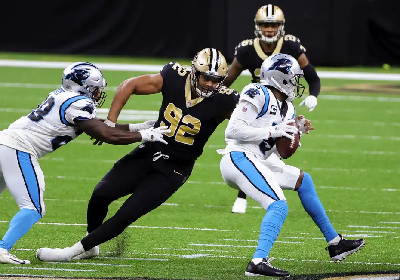 The New Orleans Saints have completed the first half of their 2020 schedule. They sit in first place of the NFC South with a 6-2 record after winning their fifth consecutive game last Sunday with a 38-3 blowout of the Tampa Bay Buccaneers. The Saints have forged their winning streak thanks to a disruptive defensive front but questionable play in the secondary, despite improvement shown against the Buccaneers.

New Orleans ranks 3rd in the league in total defense, surrendering just 311 yards per game. However, they've allowed 25 points per game because of breakdowns in the secondary and a red-zone defense that ranks last in the league, despite a disruptive front seven with 22 sacks and ranks 2nd against the run.

As the Saints embark on the second half of their schedule, here’s how their defensive positions have graded out over the first part of the year.