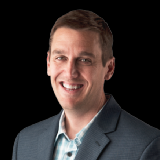 Rizzi, 48, worked for three different head coaches during an impressive 10-year run in Miami. He interviewed for the Dolphins' head-coaching job last month before the organization decided to hire Brian Flores instead.

The Saints, meanwhile, decided to move on from their trio of special-teams coaches -- veteran Mike Westhoff, Bradford Banta and Kevin O'Dea -- despite New Orleans' improvement in many areas after coaxing Westhoff out of retirement as a midseason replacement in 2017.

Westhoff, who turned 71 last month, recently told NOLA.com that he had not decided yet whether he was going to come back in 2019. He now plans to retire and was "surprised and very disappointed" that the Saints decided to fire Banta and let O'Dea's contract expire. ...