Saints new tight end Adam Trautman may be from a small school, but he has large skills (1 Viewer) 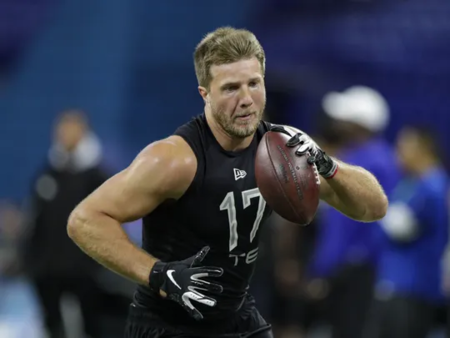 By Glenn Guilbeau | The Advertiser

BATON ROUGE — Dayton, Ohio, is only a three-hour drive from the Pro Football Hall of Fame in Canton, Ohio.

But that is as close as the University of Dayton usually gets to the NFL.

When the New Orleans Saints drafted tight end Adam Trautman in the third round on Friday night with the 105th pick, he became the first Dayton Flyer selected in the draft since 1977, when Seattle took offensive tackle Bill Westbeld in the 11th round.

Trautman (6-foot-5, 255) became the highest pick since running back Gary Kosins in the third round in 1973 with the 77th overall pick by Miami.

In the 27-year history of the Pioneer Football League that Dayton, a Football Championship Subdivision (FCS) school, competes in, Trautman is the highest pick ever. The PFL's only previous picks were in the fifth round in 2017. ...