Saints not worried about Emmanuel Sanders' slow start: 'His touches are going to come' (1 Viewer) 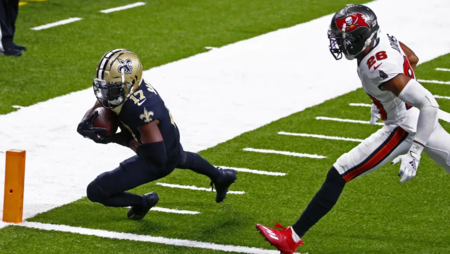 The veteran receiver has four receptions for 33 yards with a TD through two games. In Monday night's loss to Las Vegas, with Michael Thomas out, Sanders had just one catch on three targets for 18 yards. Those figures won't get it done as Thomas continues to battle an ankle injury.

The Saints believe with time Sanders will contribute more consistently.

"I honestly don't feel like there have been a ton of opportunities," quarterback Drew Brees said, via the Times-Picayune. "We've called some downfield shots. For example, we called two in that game that were designed to go to him down the field, unfortunately, the coverage didn't really dictate that, didn't really allow that.

"There was a couple other opportunities that for whatever reason, just we didn't have the time to get it to him or there was a breakdown elsewhere that did not allow it." ...