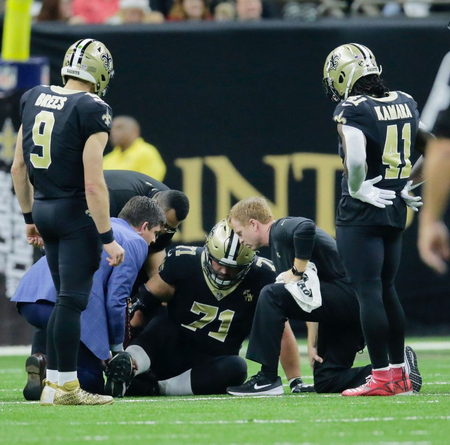 For the first time since Nov. 11, the New Orleans Saints started a game with all five of their regular starting offensive linemen.

What is that saying about the best laid plans of Saints and men?

The second quarter was not even five minutes old Sunday (Dec. 23) and New Orleans had already seen both of its starting tackles leave the game against the Pittsburgh Steelers with injury. Both would come back, only one would finish the game.

For the second straight week, the Saints would need all seven of the offensive linemen it had on its game roster just to make it through the game.

And how about Andrus Peat? With starting tackles Ryan Ramczyk and Terron Armstead both leaving the game with injury, Peat, the starting left guard, played offensive snaps at three offensive line positions as the Saints tried to shuffle players into the best spot for them. ...