Saints' offense built on variety is 'best I've ever been a part of, by far,' says Ingram (1 Viewer) 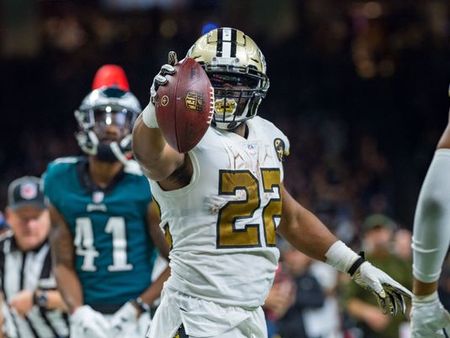 NEW ORLEANS — After the NFL's No. 1 scoring offense gained a season-high 546 yards on Sunday in a 48-7 win over Philadelphia, Saints coach Sean Payton called his offense "efficient."

Saints running back Mark Ingram was a little more loquacious.

"I think this is the best offense I've ever been a part of, by far," Ingram said after rushing for 103 yards and two touchdowns on 16 carries to lead a 173-yard ground attack while quarterback Drew Brees threw for 363 yards and four touchdowns on 22-of-30 passing.

Brees completed passes to seven receivers, including a 37-yard touchdown to running back Alvin Kamara, who rushed for 71 yards on 13 carries.

MORE: Are the Saints the Alabama of the NFL?

"Everything we can do is different," Ingram said. "We can use different personnel, give different people the ball. I think that this is definitely the best offense I have been a part of." ...