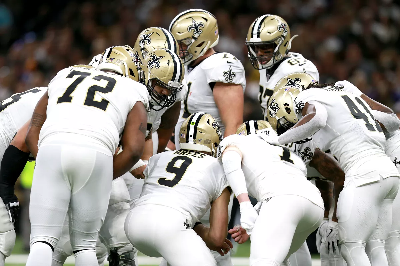 Which position group has impressed the most for the New Orleans Saints offense? The quarterbacks and wide receivers have had their struggles, while the offensive line and tight ends have been dealt a tough hand with injuries.

On a week-to-week evaluation, it’s hard to argue against running backs Alvin Kamara and Latavius Murray as the most consistent performers: they’re each averaging more than 4.0 yards per carry and rank first and third on the team in yards from scrimmage through the first five games. So getting them on the field as often as possible in 21 personnel packages, either together or lined up with fullback Michael Burton, makes sense.

But the Saints have run just 12 percent of their plays out of this package with one tight end, two running backs, and two wide receivers, but they’ve had impressive success. They’re averaging 5.0 yards per carry on 21 rushing attempts and 11.1 yards per pass attempt on 15 throws. It’s a total success rate of 65%, among the best in the league.