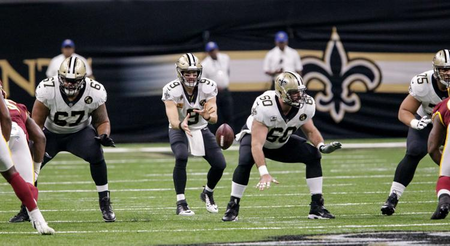 The New Orleans Saints have ruled out three of their offensive lineman for Sunday's game against the Carolina Panthers.

Terron Armstead, Larry Warford, and Jermon Bushrod were listed as "out" on the team's pratice report on Friday .

None of the three practiced on Wednesday, Thursday or Friday.

Armstead returned Sunday against the Pittsburgh Steelers after missing five games with a torn pectoral muscle suffered against the Cincinnati Bengals.

But he re-injured it during the second quarter and exited into the team's injury tent. He came back for the next series, and played into the second half, but eventually had to leave the game for good.

Warford is listed out with a knee injury.

Bushrod is out with a hamstring injury in the first game against the Panthers. ...