The Saints could have Dan Connor or Keith Rivers, but neither fills the Saints biggest need. The Saints need a physical hammer at MLB who can clog up the middle and lead the defense. Lofton is slightly undersized at 6’ 240lbs. but he plays like an animal and dominated the big 12 this year with 150 tackles, 1 sack, 3 Ints and 2 TDs. The guy brings a level of intensity and toughness to the middle of the defense. 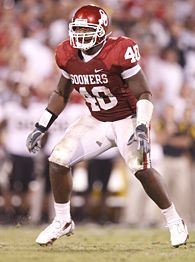 The Saints get a MLB in the 1st and now they need to get some beef to protect him and allow him to flow to plays. Moore brings size and strength to the defense. Moore is 6’4” 310lbs. and has freakish athletic ability. The main concern with Moore is his work ethic, but with Ed Ogeron as his DL coach that won’t be an issue.

Griffin has nice size [6’ 202lbs.] and speed and at the Senior Bowl this week he has shown that he can cover the middle of the field. The Saints need a coverage S that can allow Roman Harper to play near the line where he has success. Kesviharn will start and Griffin will fight to take over.

The Saints need a young speed receiver that can stretch the field in a similar way to Devvrey Henderson, only catch the ball at the end. Hawkins has nice speed and runs good routes. He has shown steady hands at the Senior Bowl and would open the underneath routes for Colston and Meachem [here is hoping].

A physical man cover CB that adds depth to a position that needs someone to step up.

An undersized 3rd down pass rusher that will allow Charles Grant to catch his breath.

A physical mauler that can play in the middle or weakside and will contribute on special teams.

A big body with a mean streak.

Offline
Very well thought of. But at 16, Mike Jenkins might still be there. I'd rather have Jenkins at 16, then go Ali Highsmith or Frank Okem at 42. The rest looks Paytonesque.

Offline
Whether I agree with the predictions or not, I love reading a well thought out post like this. Good job Conrad.

Question: you targeted Arizona the team to trade up. Is there anyone they are targeting to make you think this is a possibility?

joodas said:
Very well thought of. But at 16, Mike Jenkins might still be there. I'd rather have Jenkins at 16, then go Ali Highsmith or Frank Okem at 42. The rest looks Paytonesque.
Click to expand...

Highsmith won't be there at 42, plus he is an OLB. We have to walk away with a MLB in the first 3 rounds IMO.

Offline
Nice job. However, I do think we need a WLB also; so Rivers and Conner, if available, might be better value picks. Also, I hope we get better at WR to battle Lance Moore for his spot. 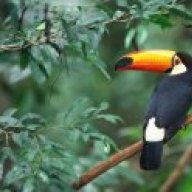 Offline
Very good job. We are thinking along the same lines. I will be posting my Draft + trades + FA on 2-1-08.