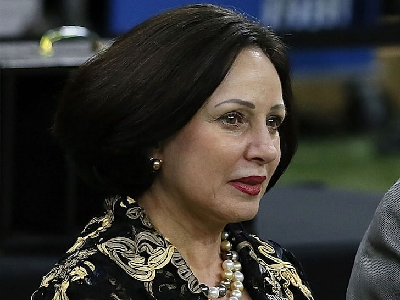 Saints owner Gayle Benson thwarted an attempted vehicle theft last weekend -- screaming at the perp until he fled -- and the team says she's "very shaken" over the incident.

It all went down in New Orleans while 73-year-old Benson was seated inside her car.

Cops have NOT said what kind of car Benson was in at the time of the incident -- but she's a billionaire, so we imagine it was nice.

Officials are convinced the man intended to steal Benson's car.

But, when the man entered Benson's vehicle, according to NOLA.com, Gayle screamed at him -- and ordered him to exit immediately, which he did.