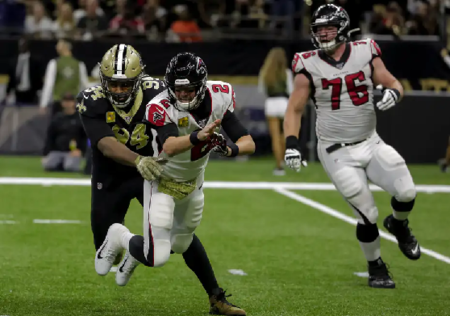 The New Orleans Saints boast one of the best and most underrated edge players in the NFL in DE Cam Jordan. For years one of the many downfalls of the Saints defense was failing to add a solid compliment at the other edge to for Jordan. In 2018, New Orleans traded up to the 14th pick in the draft to add DE Marcus Davenport. Along with that addition the Saints defense around Jordan has improved overall, and the unit has become one of the more disruptive in the league.

The Saints sacked opposing quarterbacks 100 times over the last two seasons, with many of those coming from the edge. Injuries have hit the defensive end spot hard late in each of those two years though, and the Saints have failed to get good pressure at crucial times of two postseason losses. New Orleans has built some competent depth behind Jordan and Davenport, but those players failed to step up and make big plays in the team’s biggest game. With the start of training camp less than two months away, we have a look at how this position shapes up as the 2020 season approaches.