Offline
1) Miami - Chris Long DE/OLB
it will be between Chris and Jake Long, but I think it will be Chris in the end, Gholston is also possible.

2) Rams - Jake Long OT
I think that Dorsey and Gholston are also very likely, but they won't get very far if their QB is dead.

3) *Trade, Dallas trades #22 and #28 along with a 3rd to move up to the Falcons spot. This trade gives the Falcons even more pick, don't be surprised if they only start Rookies next season.

Dallas - Darren McFadden RB
The Cowboys want him, so they go and get him, they can afford to give up their picks with the CB pick up (Pacman Jones) that is likely going to happen last time i checked. They will still have a second round pick to take a WR as well. So it's good for both teams.

4) Raiders - Glenn Dorsey DT
I know Al Davis is crazy, but how could he pass on Dorsey at 4 with McFadden gone.

5) * Trade* Patriots trade pick #7 and a 3rd to chiefs for pick #5
The Chiefs have no problem trading down here because they don't want to reach, and they feel that Ellis will still be there at pick #7 anyway if they decide to not go OLine afterall.

Patriots - Vernon Gholston DE/OLB
The one thing that nobody saw coming, the Patriots trade up instead of down, and ruin a rival's day in the process. This is one pick that could truly make them better than they were last year, and that is a scary thought.

6) *Trade* Bengals trade pick #9 and 3rd round pick for pick #6.
With Gholston and McFadden gone, they Jets have no reason to stay at #6 so they make a trade with the Bengals to pick up an extra 3rd.

Bengals - Sedrick Ellis DT
The Bengals aren't going to play any games, they want their guy so they will get him. Sedrick Ellis is the start to building a solid defense that the Bengals desperately need.

Chiefs - Brandon Albert OT/OG
They need to improve their OLine more than any other team in the league, Brandon Albert has worked his way into the top 10 and the Chiefs can't let him go somewhere else.

8) Ravens - Matt Ryan QB
They need a CB, but Matt Ryan is just too good to pass up on, they like McNair and Troy Smith, but you don't let top 5 talent fall past you at pick #8, when you have some need at the position.

9) Jets - Leodis McKelvin CB
They could still use some help at CB, even with their first pick last year, the Patriots still have Moss, and you have to guard against that.

Bears - Ryan Clady OT
The Bears seem to like Clady I wouldn't be surprised to see this trade , because they aren't sure if a top OT will still be there at 14, they get the guy the want and everyone is happy.

Saints - Keith Rivers OLB
Rivers could easily be there at 14, because after us there are'nt many people who would take him. An excellent choice, he helps us at LB and is BPA at this point. Very Athletic and with a little improvement in a few areas he could end up at the Pro-Bowl quite often. 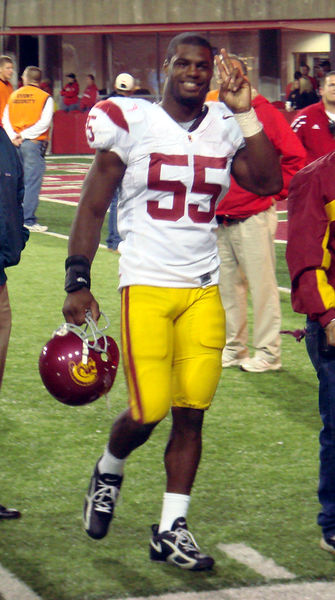 Round 2) Saints - Fred Davis TE
Payton needs his offense or he will not be happy. Fred Davis is the best TE in this draft in my opinion, and I think he would have an amazing career with Drew Brees. We need a player like Davis at TE.

Round 3A) Antwaun Molden CB
He will go in the late 2nd or early 3rd round, so this is a good place to draft him, He has speed, size, ect... He is an excellent alternative to DRC, both small school guys, and both very athletic.

Round 3B) Red Bryant DT
He can do a lot for someone his size, will be the perfect replacement for Hollis Thomas in a few years, and should get a lot of playing time now.

Round 4) Jeremy Zuttah OL
An excellent guard prospect in this draft, would be a great addition to our OLine. Can play any OLine position. 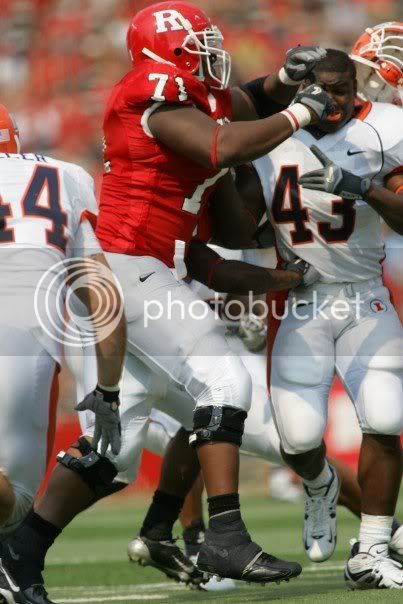 Round 5) Dominique Barber FS
One of my favorite Safety prospects in this draft class. I believe he will be the same type of steal his brother was.

Round 6) Jacob Hester RB/FB
Jacob Hester has very good character, and he works very hard, he will be a great addition to our RBs and maybe even at FB.

Round 7) Shane Longest K
We don't need to draft a kicker, but I think that Longest will be a special kicker, and we spent a 6th our Mare lat year, I think that we can give up a 7th for this guy.

How does 2 USC picks get me a

Offline
This year has a little bit of Elite Talent players and then a bunch of good players, I think there will be more movement than usual in the top 10 this year.

Offline
didn't you just do another mock a few days ago?
OP

Scott B said:
didn't you just do another mock a few days ago?
Click to expand...

yes, but this one is better.

Offline
Kiper just said Hester should go in the third round.
OP

AintsAttack said:
Kiper just said Hester should go in the third round.
Click to expand...

I don't see how that would change anything.

Offline
Yea, when I saw that you had two USC players picked in the 1st and 2nd rounds, I figured you would anger the anti-USC crowd around here. There seems to be plenty of them on this board.

I like the picks mostly, except for the Jacob Hester pick. With PT, Reggie and Stecker (who is our most reliable blocking RB), I doubt that we would have room for another RB and most teams don't carry two FBs. The only option would be for Hester to convert to TE/FB and do a dual roll. He might be able to do this, not sure, but if he could, it would make the pick easier to accept for me.

Offline
Hester seems like a wasted pick that can be used to draft defense and address either the OLB or CB position.

And I either way, I don't see him falling to the 6th.

Offline
in the photo of the OL Jeremy Zuttah. the guy without his helmet, #43, its getting worked over. not only does Jeremy have ahold of head, after removing his helmet, whilst popping him in his face, some other cat just sucker punched him in the stomach. this Olinemen has beast written all over him.

DarkBuddha said:
in the photo of the OL Jeremy Zuttah. the guy without his helmet, #43, its getting worked over. not only does Jeremy have ahold of head, after removing his helmet, whilst popping him in his face, some other cat just sucker punched him in the stomach. this Olinemen has beast written all over him.
Click to expand...

And it looks like a safety getting mauled. Poor guy.

DarkBuddha said:
in the photo of the OL Jeremy Zuttah. the guy without his helmet, #43, its getting worked over. not only does Jeremy have ahold of head, after removing his helmet, whilst popping him in his face, some other cat just sucker punched him in the stomach. this Olinemen has beast written all over him.
Click to expand...

That picture is the best thing about this thread.